how we helped Max

Max was brought to our attention by some people who had themselves rescued him from being kept in a van; yes, that was his life, left in a van day after day, night after night.

When his rescuers managed to get him away from the van, they discovered he needed extensive veterinary care for his poor damaged ears which, having not received veterinary treatment, had become very badly infected. This is where Second Chances stepped in.

We picked him up and took him immediately to see a vet.  Since April, Max has been a regular visitor to the vet for the chronic ear infections which had thickened the lining of his ears to the point his ear canals were closing over.  He has been on treatment to reduce the inflammation since then and we are happy to now see an improvement; he has stopped the steroids and Max will just need to have ear drops whenever his ear gets inflamed. It is expected that the ear will flare up occasionally but should be able to be controlled with the new eardrops, but the great news is that he won’t need an operation to remove his ear and ear canal. Max will still have to go to the vet for regular checkups and he still has hip problems, resulting from living in the van, but these seem to be improving as well – all thanks to the good care and medical attention he is now getting.

Every dog is a character, but Max is, to quote a few people who have worked with him, an amazingly friendly dog, who loves people so much. Its incredible, especially after what he has been through. He wasn’t house-trained, or “any–trained” when he came to us, living in a van with little human contact doesn’t call for much training or socialisation!  But he is so lovable that makes up for everything. Max is currently being looked after by one of our foster homes

Thanks to everyone who has donated money towards Max. In addition to his on-going vet bills, Max needs to be fed a special diet. We would like to thank the vet, Craig Robinson in Carlisle, for giving us discounts for his treatments, this has helped enormously. A special big thanks goes to the volunteers and foster home for helping this beautiful boy. And of course a huge thanks to everyone who has donated and who has helped fund-raise for Max. 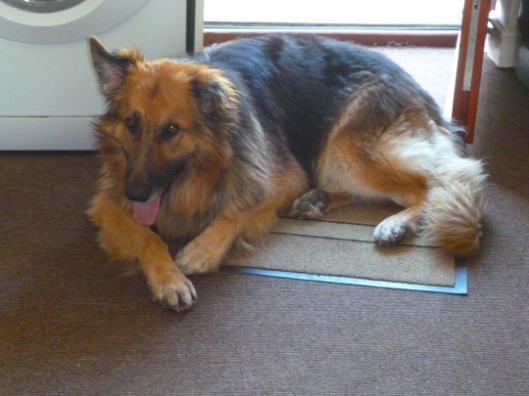